In this episode of ACM ByteCast, Rashmi Mohan hosts Nuria Oliver, Chief Scientific Adviser in Data Science at the Vodafone Institute, Chief Data Scientist at Data-Pop Alliance, and Scientific Director and Co-Founder of ELLIS (the European Laboratory for Learning and Intelligent Systems), and Director of the ELLIS Alicante Foundation (the Institute of Humanity-centric AI). Recently, she co-led the winning team of the XPRIZE Pandemic Response Challenge, ValenciaIA4COVID. She has more than 25 years of research experience in AI, HCI, and Mobile Computing. Oliver is the first woman computer scientist in Spain to be named both an ACM Distinguished Scientist and an ACM Fellow. Her research has contributed to the development of intelligent multimodal interfaces, context-aware mobile computing applications, personalized services, and Big Data for Social Good. She holds more than 40 patents and many awards, including the King James I Award in New Technologies and the Abie Technology Leadership Award from AnitaB.org.

Nuria, who was always fascinated by the idea of investigating and solving unsolved problems, shares how she fell in love with AI while studying telecommunications engineering and highlights some of her earlier work on smart cars, smart rooms, and smart clothes. She talks about her recent work helping the government in Valencia, Spain to develop evidence-based policies using data science that were instrumental during the COVID-19 Pandemic, as well as the Data-Pop Alliance, an initiative created by the Harvard Humanitarian Initiative, MIT Media Lab, and the Overseas Development Institute to use data for social good. Nuria also stresses the importance of inspiring girls to pursue computer science and her own efforts in advocating for diversity in the field. 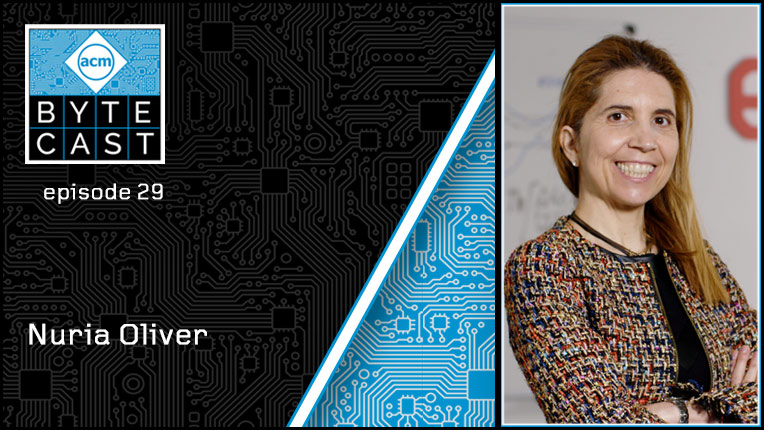